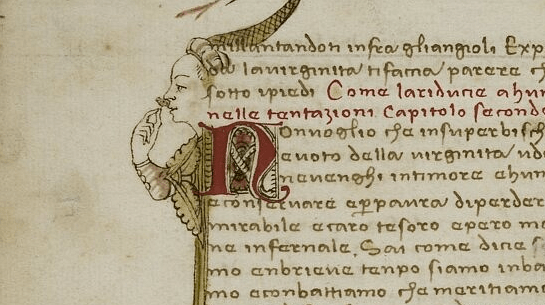 Medieval Scentscapes: Smelling the Divine and the Diabolical in the Middle Ages

This lecture will be accompanied by scents for each ticket holder, and the audience is encouraged to smell along, if they wish, during the talk.

Within our modern, deodorised age smell remains the most ephemeral and intangible of the senses. Indeed, our very language seems insufficient in grasping smell and cannot quite work to define or describe its ineffability. Scents evoke memories and stir emotions within us, but how else do they signify and give meaning?

For medieval people, the sense of smell – or olfaction – was a central tool in interpreting the world around them, from deducing bad smells and their association with disease; to encountering other cultures and lands through spices and scented goods; and underscoring all of this is the importance of smell in negotiating good and evil, and in finding one’s place in the hierarchy of the spirit.

The Middle Ages are a place where the living bodies of saints are redolent with flowers, herbs and spices, and even when these bodies are decaying, festering with illness, and finally dying, they exude sweet and heavenly scents, and their wounds ooze miraculously scented healing oils that the faithful daube on their own suffering bodies. Conversely, the stench of evil settles miasma-like over medieval religious texts, scenting the pages of manuscripts with the stink of sin, demons, and hell. In this period, smell is moralising, smell separates the desirable from the undesirable in both social and spiritual terms, and above all, smell is sacred and speaks of the divine and the diabolical in the Middle Ages.

Ingredients list to be published at a later date for allergen purposes. Megan Jones is an independent scholar specialising in the Middle Ages. Her research interests involve the post-medieval legacy and reception of the Middle Ages and the ideological potency of the period in modern discourses. Megan is keenly interested in the intersection of the medieval and the modern, using medieval concepts of race, sex, gender, and the senses to shed light on modern preoccupations, and to blur the boundaries of ‘then’ and ‘now’.

This talk will be in person at the Barn. We’ll be in touch to let you know of any restrictions according to the latest government guidance.

Tickets for this event are £7.50 per person and include accompanying scents.

Please note parking for this event will be on site at the Barn, BS36 1SE